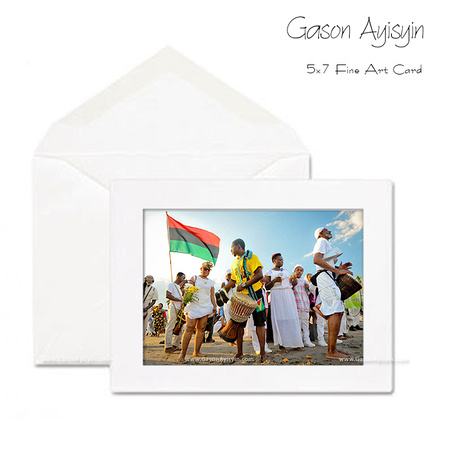 Taken at the Tribute to Our Ancestors of the Middle Passage

The tribute pays homage to the tens of millions of Africans kidnapped from their homeland who perished at sea in the bowels of slave ships from Africa to their destinations in the Caribbean, Central and South America, and the United States. With a day of Reflection as we honor the Spirit of our Ancestors who died during the voyage across the Atlantic Ocean to the Caribbean and North and South America where they were being taken as captive slaves.
Gason Ayisyin
Powered by ZENFOLIO User Agreement
Cancel
Continue