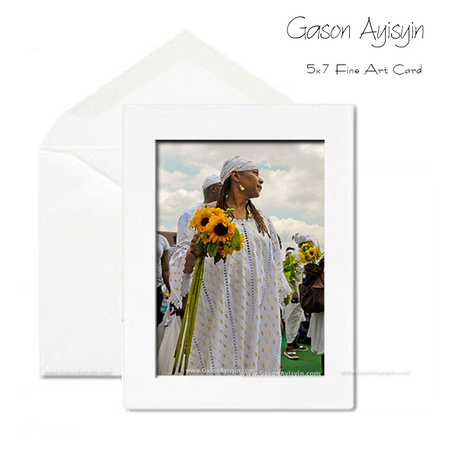 Taken at The Odunde Festival

The Odunde Festival takes place annually on the streets of south Philadelphia over the second weekend in June. Odunde means "Happy New Year" in the language of the Yoruba people of Nigeria. A celebration of the African new year, the Odunde Festival centers on a vibrant procession to the Schuylkill River, where participants make offerings of flowers and fruit to the River Goddess Oshun. Oshun is one of 401 orishas, similar to Christian saints, revered in the Yoruba religion, Ifa. Drumming, singing, incantations and prayers accompany the procession and offerings. All are welcome to take part in the parade and ceremonies.
Gason Ayisyin
Powered by ZENFOLIO User Agreement
Cancel
Continue